We use cookies on this site to optimize site functionality and give you the best possible experience. By using this site, you accept our use of cookies. Learn More

How Do DJs Crossfade Songs?

As a beginner DJ, you may find yourself asking an important question. Do I crossfade songs with the the crossfader or the channel faders?

The answer to this question isn’t straightforward. Like many functions on your gear, there are instances where one will be better than the other.

In this guide, I’ll cover the details of both so you understand why DJs can use either when they crossfade songs.

This style of transition does offer you less control over the volume of the songs. The transition and balance between the volumes of the tracks will be dictated by your crossfader curve. It will also be impacted by the volume that the song was recorded at.

There are many different crossfader curves and depending on your mixing style some will be more suitable than others. The curve can be changed in your DJ software.

The crossfader curve alters how much volume overlap there is depending on where the crossfader is sitting. The image below highlights the various types of curves you may encounter.

A crossfader is an essential tool for scratch DJs as it allows them to instantly bring in a track from another deck and take it back out in a split second. With low resistance and a fast cut curve, you can move the crossfader back and forth at lightning speed.

This is something you cannot achieve with channel faders. Additionally, as a scratch DJ, you will have one hand busy on the platters or jog wheels so you only have one hand free for transitions. This makes the crossfader the definitive choice for scratch DJs.

The low resistance in crossfaders also allows for quick cuts from one song to another. This is important for scratch DJs as often there are no long transitions to deal with. Quick cuts can still be useful for non-scratch DJs when a quick cut is required.

When you get your gear I suggest you try out the different curves and have a play with the crossfader. This way you can find a curve that will be the most useful for your mixing style.

This all depends on the genre of music you plan on mixing and the type of mixing you intend on doing. If you want quick sharp cuts or plan on scratching keep the curve tight. This type of curve is great for Hip Hop or Pop since transitions are often short.

If you plan on longer transitions select a more gradual curve. This type of curve is better suited for House music and other Electronic genres where the transitions tend to be longer.

Using the channel faders is another way to crossfade songs. Channel faders alter the volume of the song. They are generally located above the crossfader. They tend to offer more resistance allowing for more precise adjustments.

There are many benefits of using channel faders to crossfade songs over using a crossfader. Crossfader curves can leave you in a position where one track is fading out too much.

With channel faders, you can keep your first track at full volume and gradually incorporate your second track. Once you are happy with the volume of the second track you can begin to bring down the volume of the first track. This is similar to the EQing technique used when transitioning two tracks. These gradual transitions lend themselves more for House and other Electronic music genres.

The other benefit to using channel faders is you can mix multiple channels at the same time. Many mid and high-level controllers offer you the option of mixing up to four channels at once.

Using the channel faders you can set volumes for the various channels and layer songs. Your creative options are expanded when you have precise control over the volume of each channel.

Another benefit is you reduce the risk of muting your set. If you disable the crossfader you won’t run into a potential issue where you nudge the crossfader to a side where there is no track playing. The extra resistance that channel faders provide means this scenario is unlikely.

Which One Should I Use?

One thing to remember when it comes to DJing is there are no hard rules. It’s a creative outlet that you can customize based on what you feel comfortable with.

Many professional DJs do not use the crossfader and instead use the channel faders for their mixes. The increased level of control is something you will grow to love compared to the restrictions imposed on you by using a crossfader.

The added option of mixing more channels is also something professional DJs incorporate into their sets. This has made using the channel faders a must for more detailed layered mixes.

On the other side, professional scratch DJs use the crossfader more than channel faders so it all comes down to how you plan to mix.

To become a skilled DJ it’s important to know the benefits of both. Having multiple options for transitions allows your sets to be unique and polished. You can then start to add things like DJ effects into your sets to give them more character.

Practise with both and find which one you feel more comfortable with but don’t disregard one for the other. 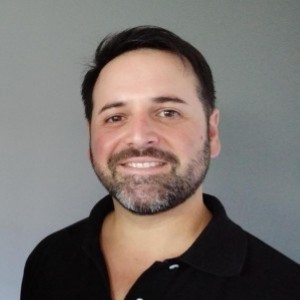 I've loved electronic music since the age of 12. From listening to tapes on my walkman, buying CD's and now in digital format. As the music evolved so has my experience and I'm passionate about sharing my journey with you.

Home DJ Studio focuses on teaching aspiring home DJ’s how to choose the right equipment and develop their DJing skills. We have over 20 years’ experience in the industry and a pure passion for what we do.

Commissions may be earned from links on this page.

As an Amazon Associate I earn from qualifying purchases.